Could Becoming a Professional Support Lawyer Be Your Ideal Next Move?

The role of Professional Support Lawyer was an alternative career path first developed by City firms in the 1990s.

PSLs (also known variously as Professional Development Lawyers, Knowledge Management Lawyers, and many other variations on the theme) were used to create and update the firms’ standard forms and precedents for fee-earners to use.

The job was often offered to experienced lawyers who didn’t want to take the partnership route, but whose knowledge and experience was valuable to keep in-house.

Since the early days, the PSL role has evolved and developed to be much broader than the initial rather technical brief.

For one thing, the growth of online legal resources such as LexisPSL and Practical Law has made some of the original raisons d’etre for the roles obsolete.

Also, the world of legal practice has also changed hugely and many of the functions of PSLs have now shifted focus from a purely inward-facing technical role to one that also encompasses marketing, wider business development and strategic planning.

This is why I think it’s worth taking a serious look at transitioning your career into that of a Professional Support Lawyer if you are disillusioned with practice, but not yet in a place where you feel you can leave the law.

Knowledge management has grown in importance

Experienced lawyers with a commercial eye have taken the PSL role and broadened it to include driving efficiency and cost-effectiveness across the whole practice, improving ways of working, and maximising fee-earning time.

For a long time, the “expense” of PSLs (being roles that only experienced, qualified lawyers could fill) meant that opportunities were few and far between and restricted to the largest firms.

Because of the value that PSLs were able to add to their businesses, it didn’t take long before most of the UK’s Top 50 firms had PSL teams, as did many of the London offices of US firms. Niche firms with more technical practices also saw value in the role and several joined the PSL party.

Today, colleagues of mine in legal recruitment tell me that more and more medium-sized firms are approaching them looking to set up PSL roles or develop existing teams as knowledge functions become more prevalent – and valued – in the wider industry.

What do Professional Support Lawyers Do?

So, having given all that background, what does a Professional Support Lawyer actually do?

Of course, the details for each post will vary by firm and by experience level, but there’s usually more of a focus on the law than there is on transaction management or client-facing aspects.

Here are a few of the responsibilities that could fall within the remit of a typical PSL or a Knowledge Management Lawyer:

So why could this be the right role for you?

As you can see, most PSL’s aren’t just “black letter lawyers” these days.

Although they do advise fee-earners on important areas of transactions/cases, firms are looking for PSLs who are well-rounded individuals with a commercial eye and an interest in systems and their improvement.

If you’re like many of my clients, you’ve fallen out of love with the day to day of practising law, but not necessarily with the law itself.

By moving into knowledge management or a professional support role you can leverage your skills and experience but eliminate some or all of the aspects of lawyering that you don’t want to deal with anymore.

Typically, my clients who explore this route are either in the early stages of their career, often from around 2–3 years PQE, when they realise that long hours and client demands are not what they want, or they are more experienced but don’t want to make the sacrifices needed to push for partnership.

Let’s look at some of the key benefits they see in shifting their career path from fee-earner to PSL.

So what does a professional support lawyer earn?

No, it’s not going to be fee-earner level, but it’s still attractive compared to salaries outside the law.

Depending on the firm, PSLs can expect to earn between 5% and 20% less than fee-earners with the equivalent post-qualification experience.

For most, that’s a difference that can be planned for and managed, rather than a chasm that can’t be bridged.

It also needs to be seen in light of the personal benefits a change from fee-earning to PSL can bring.

There are generally more part-time or flexible hours roles in the PSL space than for fee-earners.

This can be ideal for working parents.

No more time recording and the dreaded billing targets.

Because the main bulk of the work isn’t client-driven, the certainty of your hours allows you to plan and enjoy a much better work-life balance.

If joining a small team or building a new or existing role, you are likely to have a lot of freedom in how you develop your PSL position.

For many lawyers, reconnecting more with the law itself is a big attraction of the role.

If you enjoy research, case law, practice area publications, and keeping up with developments in the legal world you’ll have far more exposure to them in a PSL role than in a client-facing one.

As a PSL you will have the chance to develop your wider skills, and to learn new ones.

Whether you end up staying in the law longer-term or you decide to move on after a period of time, exposure to aspects of the PSL role like marketing, training and mentoring, strategic planning, and business development will see you in good stead whatever your future holds.

One thing that’s changed significantly in recent years is the opportunity for career progression in the PSL role.

Traditionally, there wasn’t much of a path for PSLs to follow.

The role was seen as a limited support function that suited certain types of lawyer, and the role was either junior and you stayed there, or senior (by experience required) but with no route to partnership.

As the role has become more established – and more vital for firms – there are now much more established career paths for those that want them, as well as opportunities to take a role and develop it in your own way as the field of knowledge management continues to evolve.

There are many firms with senior PSL roles, along the lines of Chief Knowledge Officer or Head of Knowledge Management.

Some firms, such as Herbert Smith Freehills, have made PSLs partners, reflecting the increased importance of the role to a firm’s wider operations.

At a senior level, PSLs will have a much more strategic remit, often encompassing the firm’s entire business practices.

They are often heavily involved in innovation and delivering increased value.

There are also opportunities to join a firm as a sole PSL and build a function from scratch – designing your own role and eventually building your own team.

This can be like starting a new business within an existing firm, and again, can be a valuable development opportunity whether you stay in the law longer term or not.

Is it right for you?

In my opinion, you’d be doing yourself a disservice to dismiss the PSL role because of any preconceptions you have about what the job actually entails or about its status in the legal profession.

Because the role was traditionally a limited ‘support’ role – and many of the advertised positions still use “support” in the job titles in some form – many qualified lawyers can perceive it as a step-down.

They feel a “support role” is beneath them as a qualified lawyer, even if a knowledge lawyer salary can only be slightly below fee-earner levels in some cases.

Through working with clients exploring a career change, I’ve found that status is often more important to lawyers than they care to admit, or even to realise.

There is often still a stigma attached to PSL roles and career paths that I think puts a lot of lawyers off before they have researched this option in any depth.

Another preconception is that a PSL position is a dead-end position with nowhere else to go and without any opportunity for increased seniority, responsibility, or remuneration.

This is why they often overlook a role that has the potential to give them what they are missing from their current positions – more predictability, more control over time, and increased flexibility.

In order to combat some of these misconceptions, and recognising the importance of these roles to improving their businesses, US law firms started to refer to the positions as “Knowledge Management Lawyers” – and this trend is increasing on this side of the Pond, too.

So my advice to anyone who isn’t enjoying being a fee-earner is not to let perceived status or false assumptions about the role be a blocker to what could be the perfect legal career opportunity for you.

Take some careers advice from professionals with experience in alternative legal careers, read articles online, and look at a range of job ads with a more open mind.

I advise my career coaching clients to make contact with a number of PSLs and knowledge management lawyers to try and have conversations with as many of them as possible to find out what the realities of their roles are, rather than relying on your own misconceptions.

In my experience, lawyers are often pleasantly surprised by how much this legal career can give them the things they’ve been looking for.

Ready for a Change? 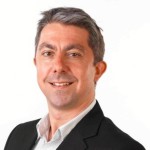